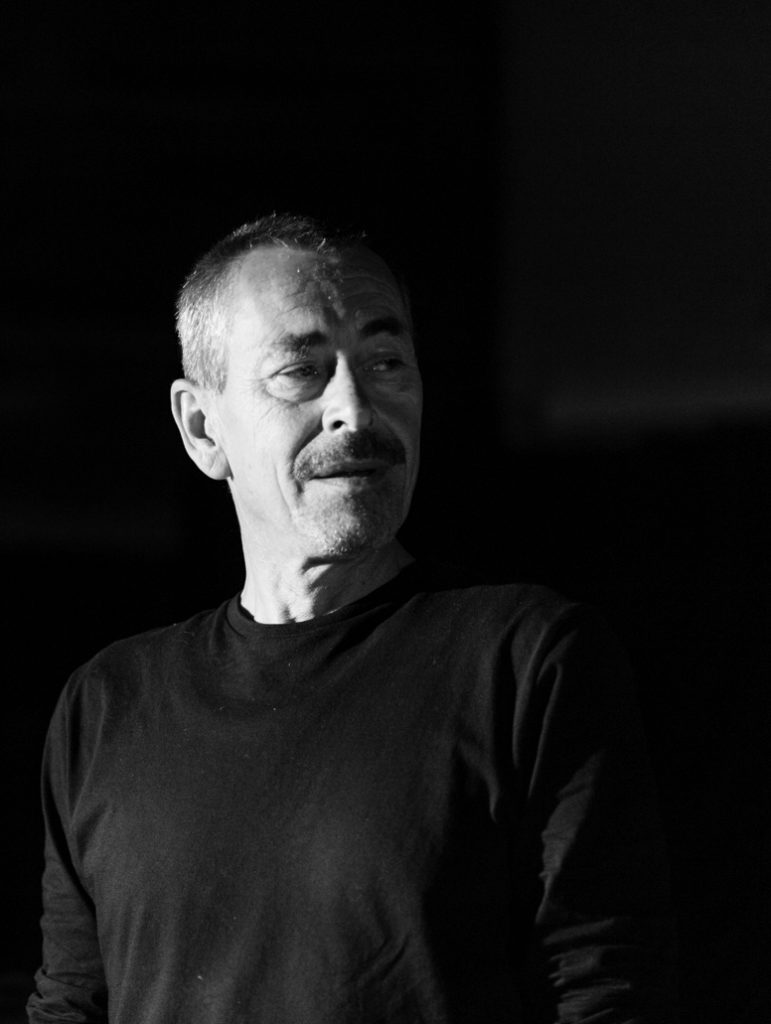 Raised in New-Zealand, he directed his first play ’The Magic Hand’ by Phillip Mann, for families, in 1983.

1986 marked the start his professional career, working in a number of fields – notably producing a number of plays with psychiatric patients and staff. He also wrote for the theatre, and formed Moonbeam Theatre with a small group of other actors. Moonbeam Theatre worked intensively, performed around New Zealand, centred in Dunedin.

After training in London, and performing at the Edinburgh Fringe, he returned to NZ where he obtained a degree in Theatre Studies at Otago University, working as a professional actor and director as well as teaching theatre.

Moving to France in 1997, he formed the Flying Pig Theatre Company in 2003, and Line Theatre in 2011. While developing the activity of the company and directing, he continues to act, direct, teach and occasionally write for the company and other organisations.